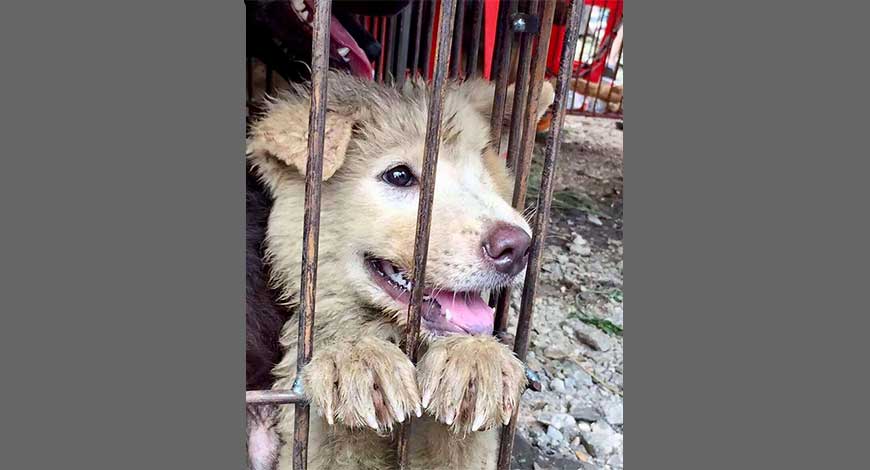 Yulin is a city in Guangxi, People’s Republic of China. And in recent years, the city has gained worldwide attention for its ‘Lychee and Dog Meat’ festival. Though eating lychees and dog meat is quite common in China, but in the year 2010, eating lychees and dog meat was conceived and executed as a festival in Yulin. Thereafter, the 10-day Yulin festival has been taking place from June 21st to June 30th every year.

In all aspects of our lives, we do not really have a natural instinct to follow. We rely more on society’s conditioning. And this holds true even with something as basic as food that a living being needs for survival and good health. While all other animals know exactly what to and what not to eat, our choice of food is determined by religion, region, taste, availability, affordability, health benefit notions and so on. And it is very easy for religious heads, producers, suppliers, government agencies, doctors, nutritionists and others with a vested interest to mould our way of eating that is most profitable to them.

The Yulin festival is no exception to our blatant disrespect and disregard towards sentient beings. Since there is no fundamental difference between dogs, cows, lambs, turkeys and other animals, any festival that involves killing animals and feasting on their dead bodies is a Yulin. For that matter, if the food on our table comes from slaughterhouses and butcher shops, we too are actively participating in the festivity of death, albeit elsewhere in the world.

Those vehemently opposing the Yulin festival are, by and large, ‘dog lovers’. But you do not even need to be an ‘animal lover’ to stand up against such brutality. It is enough to believe that it is wrong to victimise innocent and helpless beings no matter to which species they belong. And if you can get others to extend their circle of compassion, help them understand that our animal-based food choices are unnatural, unnecessary and unhealthy, then not just Yulin, but together we can end each and every exploitation of animals that takes place in the guise of their ‘use’ for purposes like experiments, work, entertainment and products.

Disclaimer: The views expressed in the article above are those of the authors’ and do not necessarily represent or reflect the views of this publishing house. Unless otherwise noted, the author is writing in his/her personal capacity. They are not intended and should not be thought to represent official ideas, attitudes, or policies of any agency or institution.